What Does a Bat Bite Mark Look Like on a Human? 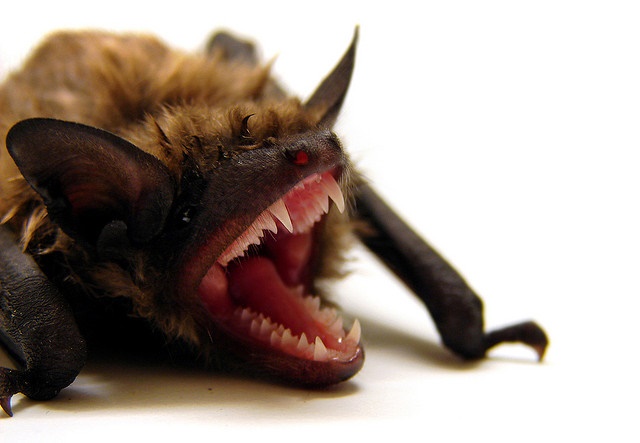 While entering my attic, I unknowingly reached down and touched a bat – funny how Bats just ﻿love attic space﻿s. I thought it bit me, but after looking at my hand, I couldn’t see a bite mark. That is when I thought, “What does a bat bite look like on a human?” The answer to this question is important for a number of reasons.

Aren’t bats a common carrier of rabies? Could the bat have rabies? What is the best ﻿﻿way to determine if the bat has rabies? If I cannot find a bite mark, should I be concerned about contracting rabies? Here are some answers.

Some Bats and ﻿Rabies ﻿Facts

Mention bite marks and everyone conjures up images of Dracula biting a victim’s neck.News reports, such as the one shown on this YouTube video, only emphasize this image. But, most bites occur on the hand, when people handle bats without wearing heavy gloves:

The Center for Disease Control (CDC) states on their website that bats are one of the main types of wild animals that can give humans rabies, and the disease is transmitted mainly through a bite, but it is also transmitted when a rabid bat contacts your mouth, nose, eyes, or a fresh wound.

Rabies in the United States is contracted the most from raccoons, skunks, bats, foxes, and coyotes, and in that order, according to the Colorado Parks and Wildlife. Not all animals are rabid, and the University of Texas explains that less than one-half of one percent of all bats have rabies.

Rabies is a serious viral disease that hits the central nervous system and, unfortunately, once rabies symptoms start to occur, says the Seattle and King County Public Health Department, an imminent death is the ultimate result, whether the victim is a bat, or yourself.

Are Bat Bite Marks are Hard to Find?

Bats of the world come in all sizes, but the primary bat found in the United States is the little brown bat, which is only four inches long and weighs less than an ounce, according to Eastern Kentucky University. This animal has a very tiny mouth with extremely sharp teeth.

As pointed out by the Los Angeles County Public Health Department, a little brown bat bite might look like tiny pin pricks on your skin, and a bite mark is often too small to even see. Therefore, all bites are considered a rabies exposure, even if you cannot find the bite.

If you feel a needle prick, or stinging sensation while encountering a bat, you probably were bitten by a bat, says the Minnesota Department of Health, who adds that the bat may leave no evidence of a puncture, or a wound. These alone tells us how important it is to get rid of this pest from your home.

The fear of rabies transmission is always a predominant consideration by health professionals. How do they tell if the animal has rabies? It must be captured, killed, and a lab analysis is taken of the bat’s brain in order to confirm the rabies virus.

If you’re like me, you’re not interested in catching a bat, although it can be done. The Colorado Parks and Wildlife suggests wearing heavy gloves, confining the bat in a container, like a coffee can, sliding cardboard under the container, and then taping the container shut.

Unlike the days of old, when rabies shots involved 21 agonizing shots in the stomach, Rutgers University reports that a human post-exposure rabies series involves an initial shot in the rump and four shots in the arm over a two-week period. Most doctors recommend this approach.

As the Boston Public Health Commission recommends, you have nothing to fear if a bat flies over your head, but if you touched the animal or were sleeping too hard to be aware when an animal was in the room, the bat must be collected and tested for rabies, or you need to get rabies shots.

The answer to “What does a bat bite look like on a human?” is it often isn’t visible, and if a bite is evident, it’s only the tiniest of pin pricks on the skin. The trouble is that this insignificant bite might kill you if the bat is rabid. And, if you have a problem with bats in your home or attic then go to this page to learn ways on how to remove them safely.

So, if a bat touches you:

For more information and tips on dealing with bat issues, check out our DIY Bat Removal Guide.

Bats In The House? How They Got in, And How to Get Them Out

What are the Potential Health Risks Involving Bat Droppings (Guano)?